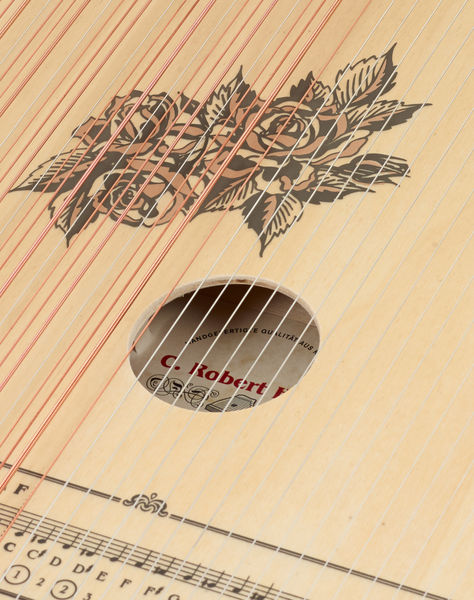 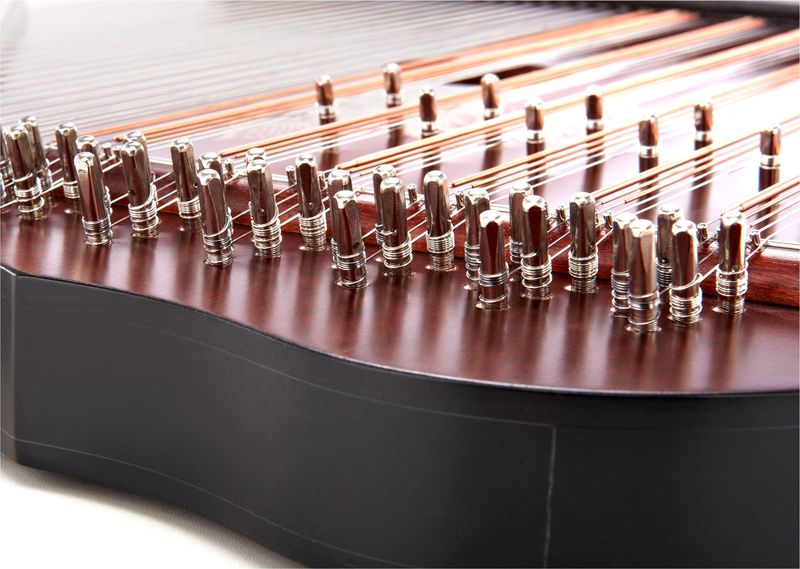 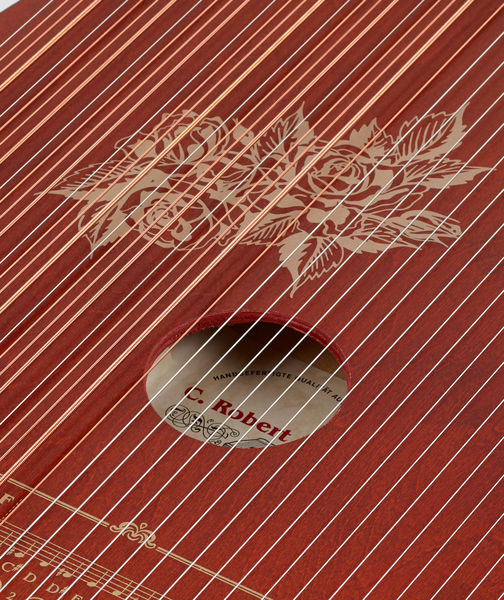 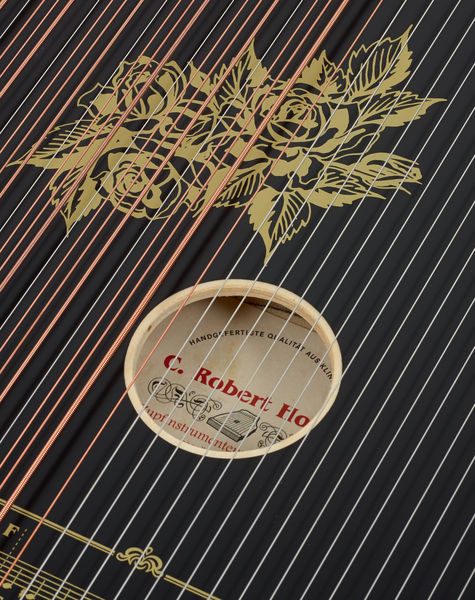 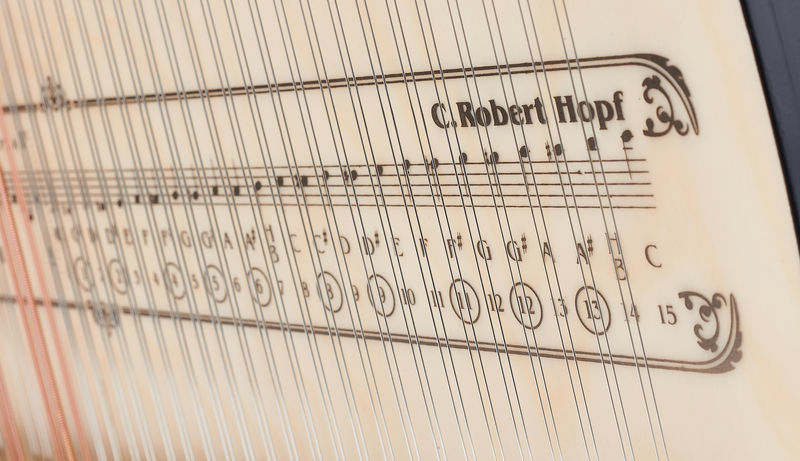 6 Chords of 7 strings, 50 Melody strings, double stringed, Painted black with a floral motif, Comes delivered in a box that includes a zither ring,... 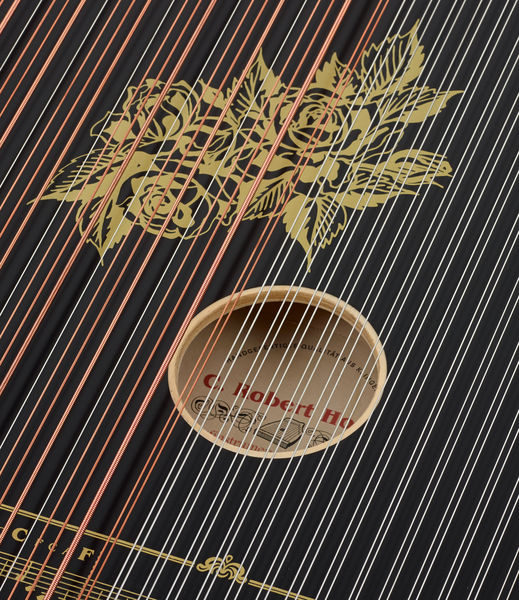 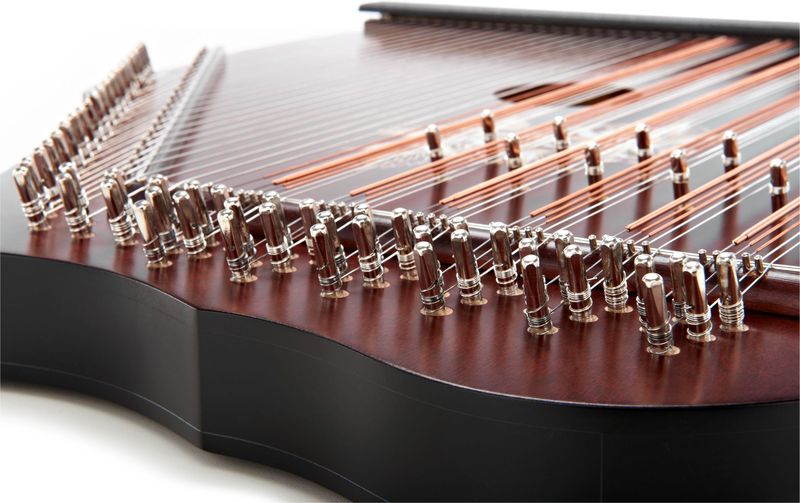 The zither is a string instrument that is very popular in Austria and Germany. Of two shapes, the more popular variety, known as Salzburg zithers, has a body that is flat on the fretted side and curved on the opposite side.

The less popular is the Mittenwald zither, curved on both the sides.

However, each zither has a flat sound box with a round sound hole. They have five metal melody strings that run along a fretted fingerboard and 17 to 40 accompaniment strings that are made either of gut or nylon.

An important characteristic of zithers is that the musical strings run along the sound box. There are no protruding arms or neck, as in the case of other string instruments.

Despite their shape, zithers are not kept on any specially designed music stand. Instead, most players prefer to play by supporting them on their knees. Some musicians keep them on flat tables.

Zither musicians use the fingers of the left hand to dampen or stop the melody strings that have been plucked with a plectrum. The right hand fingers are used to pluck the accompaniment strings. Interestingly, a few zithers, like the Streichzither, are not plucked but bowed to produce music. They are the exception.

Folk musicians have traditionally used The Zither. A non-traditional form that has gained popularity these days is the fretless. They are known by names like American, chord and guitar zithers. Musicologists are still struggling to integrate these in the traditional family tree.

Happily, there is complete consensus on one issue. Both kinds of zither are part of the family of chordophones.